Goebbels was born in Rheydt, Kingdom of Prussia, German Empire. After joining the Nazi Party, he quickly rose to up the power ladder and became Propaganda Minister for the NSDAP. Near the end of WWII, he produced "Stolz der Nation", a war film exploiting Frederick Zoller's recent heroic acts as a German sniper.

Joseph Goebbels is seen at a restaurant in Paris, together with his translator Francesca Mondino and Private Frederick Zoller. Goebbels talks about how only because of the offspring of the slaves, America can be competitive athletically and concludes that American Olympic Gold can be measured in Negro sweat. Zoller then presents Emmanuelle Mimieux to him, who shakes her hand. He teases Shosanna, telling her that she's annoyed him, as when he arrived in France, to have lunch with his star, he discovers that he's now the toast of Paris and now he must find time for him. Under Zoller's persuasion, he agreed to move the film's premiere to Mimieux's cinema. Near the end of the meeting, col. Hans Landa arrives, and Goebbels greets him. When Landa wants to withhold Shosanna to ask her a few questions, Zoller demands to know why, on a rude tone, which intrigues Landa. Goebbels tells Landa to be more relaxed, as the young soldier is simply smitten about the girl and worried for her due to the colonel's reputation.

After the film screening, Goebbels is full of joy and tells Shosanna he likes the simplicity of her cinema, but adds that he could bring some art pieces from the Louvre to decorate the place. After Goebbels asks Shosanna if she liked "Lucky Kids", she replies that she liked Lilian Harvey, which causes Goebbels to throw a tantrum and shouts that her name should never be spoken in his presence again. He and the rest of the Nazi party leave the cinema, leaving Shosanna and Marcel alone in the cinema.

Although Goebbels is not seen, it's implied that Adolf Hitler talks to him during the flashback, especially since Hitler talks about Zoller's deeds, and Goebbels is the person responsible for his rise to fame.

Goebbels is seen at the film premiere, along with Francesca Mondino, Zoller and Emil Jannings. Here, he shows Zoller Janning's ring, the greatest artistic honor he ever gave. Goebbels then friendly bats on Zoller's chest saying that he might get one too. When Shosanna arrives at their group, he complements her, along with Jannings about her cinema. He is later seen inside the Auditorium, in his opera box with Francesca laughing. When everybody takes their place, Landa informs him that the Führer will arrive shortly. Goebbels thanks him for the info and Landa leaves (not before leaving Aldo's bomb under his chair).

As the film plays, he watches his work, and laughs every time Hitler does. When Zoller asks permission to leave, Goebbels agrees, but tells him that they'll meet after the film is over. When Hitler complements his film, by calling it "the finest film yet", he is deeply impressed, and begins to cry. When Shosanna's film appears, he is shocked by what happens and demands the projector to be turned off. He tells Hitler that this was not in his film. When Marcel ignites the nitrate film bundle, he and Hitler freeze in terror when he sees the screen bursting in flames. When the duo try to flee, Omar and Donny burst in and shoot them dead with the MP40s taken from their guards. When their bombs go off, they're killed for good.

Joseph Goebbels is a huge supporter of the National Socialism philosophy. He is seen as a mannered man, skilled in words and appears to be a womanizer. However, he will throw a tantrum when reminded of sensitive topics, such as mentioning the name Lilian Harvey. In the extended restaurant scene, Emmanuelle mentioned that her cinema only had old classic German films and not one of Goebbels'. Private Zoller spoke up for her, stating that Emmanuelle was a "formidable film critic", which caused Goebbels to angrily yell at her that he had outlawed film criticism. This is probably on Quentin Tarantino's intention to show that Goebbels was in fact insecure about the quality of his films.

Goebbels seems to take great joy from his job, and will be moved to tears when his boss, Adolf Hitler, praises his films. He also made several racial insensitive jokes towards black people, saying that "American Olympic gold can be measured in Negro sweat".

He was played by Sylvester Groth.

This is the second time Sylvester Groth has played Josef Goebbels (the first being My Führer). Martin Wuttke (who plays Adolf Hitler) previously played Goebbels in Rosenstrasse. 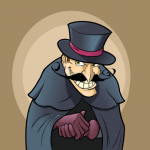 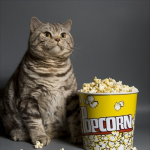 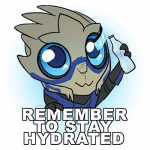